As we all know, India’s capital has been facing a crucial issue of air pollution since long and after this Diwali, it has even got worse! The air quality has reached the severe level with particulate matter reaching 15 times than the safety limit.

New Delhi, the most populous city in India, is engulfed by heavy toxic smog which is a mixture of dust, vehicle exhaust, moisture and smoke from burning debris and plants. This haze has caused the second-worst condition in city in the last ten years.

Even after the continuous steps taken by Delhi Government such as ‘Odd-Even vehicle program’, there is no improvement in the weather condition. On the contrary, the situation is getting worse day by day. To combat this severe smog, Government of this metro city recently declared some steps which hopefully, would be able to improve the overall scenario.

However Delhi is captured by the worst condition, not other cities are left behind. Many other metro and mega cities in our country are also facing increased air pollution. Government is doing anything and everything to curb the pollution. But what are we doing?

Our take on curbing air pollution

Considering what is happening in Delhi and other Tier I and II cities in India, we need to do our best to address the issue on immediate basis. And as automobile exhaust is the major cause of toxic smog, we should avoid using petrol and diesel vehicles and increase the use of electric scooters. It is the most effective way to curb air pollution. 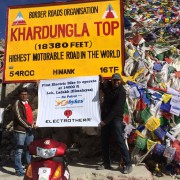 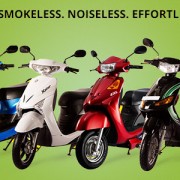 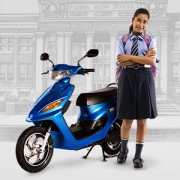 YObykes – Ideal for your school-going child 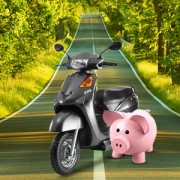 Saving is earning with YObykes

How YObykes differ from conventional two-wheelers